Basingstoke, 28 April 2021 – Tech Data has announced the winners of the first Women in Tech Data Awards during an online event that celebrated the tremendous achievements and contributions of female colleagues to the everyday running and progression of the business in the UK and Ireland.

Female employees at Tech Data put forward 144 nominations, naming 84 of their colleagues as potential candidates for the six awards. The winners were:

Commenting on the awards themselves, Watts said: “I am so proud of the whole team at Tech Data and it’s really important to recognise and celebrate the excellence and achievements of all the women who work for the company. Well done to all of our winners and everyone who was nominated. The judges found it extremely difficult to choose only six winners, so congratulations to every woman and man who was put forward.”

The awards are part of Tech Data Elevate – an internal business resource group dedicated to empowering women to thrive in their careers at Tech Data through development, education, and networking. 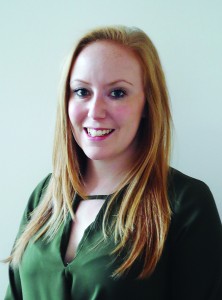 How to have a productive argument

How to have a productive argumentSource: Dealer Support