Basingstoke, 19 February 2018– Tech Data Corporation (Nasdaq: TECD) has extended the upper end of its Credit Elevator scheme to a cool £1 million, making it easier for resellers to grow their sales quickly without having to re-apply for extended credit and provide additional guarantees.

The landmark announcement comes a decade after the company launched the first scheme of its kind in the UK. It sees a UK distributor offering to elevate credit lines on a month-to-month basis – or as and when the reseller needs them – to seven-figures for the first time. The scheme works by providing an initial £5000 credit line, which can be stepped up automatically providing the reseller using 75 percent of the line within the month and pays on 30-day terms. Resellers can extend the line every month or step up to the next level when their sales grow.

Nick Tiltman, Credit Services Director at Tech Data, said the company is launching the scheme because it sees a good opportunity to support resellers. “Our SMB sales growth has continued to gather pace and by extending the upper limit on the Credit Elevator we are making it easier for resellers to grow. It means that they don’t have to worry about securing higher and higher levels of credit – as new opportunities emerge they can take advantage, knowing that we will support them. We are removing barriers for customers who want to grow.”

While Tech Data already offered the highest upper-end of the scale available from UK distributors, the new £1 million figure is more than three times the amount previously-available. Tiltman said: “The Tech Data Credit Elevator was the original and the best and now, ten years after we pioneered this approach, we are setting the bar higher once again and demonstrating our determination to put the customer first by making it easy for them to take their business to new heights.”

Any reseller interested in finding out more about the Credit Elevator should email limitreviews@techdata.co.uk. 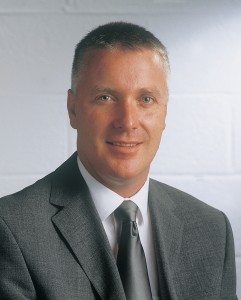 Investment in skills development is the new differentiator for business

Investment in skills development is the new differentiator for businessSource: PCR

Zyxel offers tech help to those working from home

Zyxel offers tech help to those working from homeSource: PCR

Cybersecurity in the time of coronavirus

Cybersecurity in the time of coronavirusSource: CRN

Microsoft sorts out its supply chains

Telecom’s will boom after Covid-19