Romford, 07 December 2018 – DMSL, the leading distributor of broadband and communications solutions and a Premier Partner of BT, has made a further commitment to its reseller partners by appointing an experienced, former BT account manager to its team.

Ruth Hickman has joined DMSL in the newly-created post of Channel Account Manager and will providing hands-on support to resellers throughout the region and nationwide. In particular, she will focus on recruiting managed services partners who need to meet the exploding data requirements of their customers.

She has joined from BT, where she worked for more than two decades, the last eight of which were spent in the role of Channel Manager for BT Business, providing sales, marketing and operational support for sales teams.

Commenting on her appointment, Ruth Hickman said: “This is a good time to be joining a business with such a positive and can-do attitude. The demand for data on both fixed line and mobile services is growing at a phenomenal pace and that potential is certainly not confined to the south of Britain. The resurgence of business in the north is plain to see. It’s a vibrant and dynamic region and the potential in cities like Manchester Leeds, Liverpool and Newcastle in enormous.”

Her appointment represents another in partners investment by DMSL at a time when many channel players are stripping back on resources. The company also recently announced the appointment of another experienced BT veteran Lawrence Mitchell to the new post of BT Partner Business Development Manager.

John Carter, Managing Director of DMSL, stated: “We see excellent growth potential in the north and Ruth has the experience, the knowledge and the contacts to make the most of the opportunity. The hunger for faster, dedicated connections than can cope with the growth in data being moved on is rising fast. As the northern economy continues to thrive and develop, we will need to work with more partners in the region and with Ruth taking up this pivotal role, they can be certain that DMSL will offer them excellent support from someone who knows the market and can help them to grow their connectivity sales.”

DMSL will be encouraging MSPs and resellers to offer BTnet dedicated connectivity solutions to customers with growing data requirements. It will also be promoting further use of the government’s Broadband Voucher Scheme. While the amount available to businesses to cover connection and construction charges for services of 100Mbps or more has now been reduced to £2500, BT is continuing to provide funding of up to £3000, where it is needed. 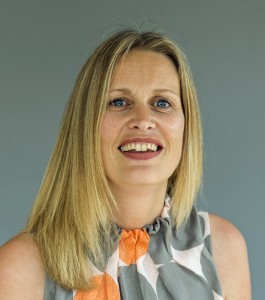