Warrington, 04 October 2019 – SYNAXON AG has announced the appointment of Mike Barron as Managing Director of SYNAXON UK. The announcement follows the successful implementation of a new strategy and structure for the UK channels services group that was announced in the summer.

Mike Barron has been with SYNAXON UK for over five years, joining the organisation as Channel Manager in April 2014. He has been closely involved in the day-to-day running of the UK operation and instrumental in forging a number of new partnerships and building long-term relationships with key distributor and vendor supplier partners. He had previously spent almost a decade in senior posts at technology distributor and reseller businesses and is a well-known and highly-respected figure in the UK IT channel.

Frank Roebers, CEO, SYNAXON AG, said: “We’re delighted that Mike has agreed to take up this pivotal role at the head of SYNAXON UK. Over the past five years he has clearly shown his ability, dedication and determination to deliver benefits to our members and supplier partners. His appointment provides continuity for our members, suppliers and UK team and we are confident he will lead SYNAXON UK to even greater successes in the future.”

Mike Barron stated: “I’m honoured to have been given this opportunity to lead SYNAXON UK into the next phase of its development in the UK. I’m fortunate to be building from the very solid foundation that has been established over the past decade. There are exciting times ahead and I look forward to working with the extended team here in the UK, and with Frank and the SYNAXON AG board, in taking SYNAXON UK to even greater heights over the coming years.”

SYNAXON AG will continue with its ongoing planned investment programme for the UK operation, which has already seen additional staff joining. Barron will be supported by and work closely with both Roebers and Mark Schröder, SYNAXON AG Finance Director and member of the executive board.

SYNAXON UK is the leading channel services group with more than 600 members and 50 supplier partners. Through its core services – the EGIS online procurement platform, the group’s Central Purchasing scheme, which currently offers more than 800 products to members on advantageous terms, the SynMSP and ITeam partner communities, and The SYNAXON Academy learning programme. 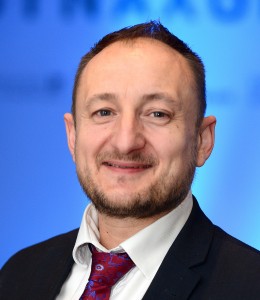 Ping partners with e92cloud in EU

Gamma plans to expand to Spain with VozTelecom

Gamma plans to expand to Spain with VozTelecomSource: Comms Business

Gamma expands to Spain with VozTelecom

Unexpected items in the bagging area: The truth about biodegradable bags

Unexpected items in the bagging area: The truth about biodegradable bagsSource: PCR

Collaboration and the state of the supply chain

Collaboration and the state of the supply chainSource: PCR

Is the public internet good enough to support cloud services?

Former Dell Business Manager’s key goal will be to emphasise the value that Tech Data delivers to customers across Print & Supplies Basingstoke, 10 February 2020 – Tech Data (Nasdaq: TECD) has announced the appointment of Chris Bates as Business Unit Manager for Print and Supplies. He takes the reins from Stephen Martin, who has […]